While 2014 was a massive year for wearable tech (in particular fitness trackers), smartwatches have underwhelmed to this point.

Products from the likes of Samsung, LG and Motorola have a decidedly first-generation feel to them and haven’t been widely adopted. That is all set to change in 2015 if the sector is to live on: designs, software and apps will improve, while the challenges of terrible battery life will have to be addressed if more people are to jump on board.

After months of speculation, Apple has finally taken the wrappers off its long-awaited wearable device.

The Apple Watch will take on a growing number of so-called smartwatches, which link to smartphones to allow users to see their mobile notifications on their wrist and track their movements via built-in sensors.

Here are the answers to some of the more common questions about this new device.

What can I do with an Apple Watch?

Users will be able to read and reply to messages and emails, take phone calls (there’s a built in speaker and microphone), view and interact with calendar appointments, get directions via a Maps app, see social media notifications, listen to music stored on the device or on a phone, track how many calories they burn, customise watch faces, give voice commands through the Siri platform, control their Apple TV box and so much more.

Does it link up to my iPhone?

The idea is that the Apple Watch and the iPhone are constantly in sync, sending data back and forth to each other. Messages are forwarded to the phone, while movement data is sent in the other direction. It’s also designed so as you can read information on the watch and then act upon it on the phone. For example, if you read an email on your wrist, it’ll also be ready to go on your iPhone where it is easier to type a reply.

Are there different versions?

If you include the interchangeable digital watch faces Apple says there are two million possible combinations.

However, the main three editions are the Apple Watch, made from stainless steel, the Apple Watch Sport, aimed at the fitness fanatics and made from lightweight aluminium with a strengthened glass coating and an interchangeable sporty strap, and the premium timepiece, the Apple Watch Edition, which is made from 18-carat gold and is likely to cost a pretty penny.

What does that dial on the side do?

Seeing as you won’t be winding this watch, the inclusion of a winder on the Apple Watch is interesting. Apple calls this the Digital Crown, and it provides the key means of navigating around the device.

Instead of tapping, prodding and pinching the screen, users can twist the dial to move through lists, browse messages and zoom in and out on Maps.

A tap on the side of the crown will take you to the home screen, while a press of the power button takes you to your contacts.

Is the screen going to be too small to do anything on?

Apple realises that watches are for glancing at occasionally rather than for studying, and has sought to simplify the user experience so as not to overwhelm wearers with information.

Apps are scaled back and you’re only shown selected information. The company calls these experiences ‘Glances’ – meaning a quick scan is necessary.

Can I take pictures on it?

The iWatch doesn’t have a camera, but it can be used as a remote shutter for your iPhone’s camera. That means you can see what your camera lens sees on the watch to make sure everyone is nicely framed in that group shot.

What’s this I hear about it being a fitness-focused device?

It’s true. The Apple Watch will track your steps and your heart rate as well as the distances you cover through a built-in GPS sensor. That means you can track daily movement goals via the Activities app or get a detailed breakdown of your run through the Workout app. 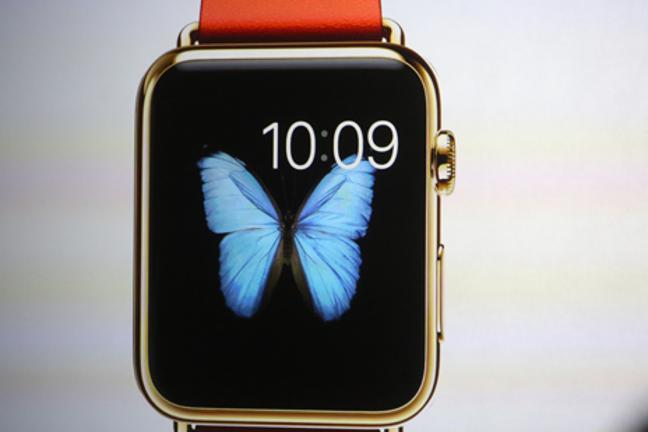 Can I use my favourite iPhone apps on it?

Apple is launching the Watch with a host of its own familiar apps, such as Phone, Messages, Mail, Maps, Music, Weather, Stocks, Photos and Siri. All of these will sit on the homescreen.

How long does the battery last?

Many early smartphones have proved disappointing when it comes to battery life, with batteries that need charging at least every other day.

The fact that Apple did not mention battery life during the press conference would suggest the Apple Watch is not offering an improvement in that department.

The device itself will be charged via a neat magnetic connector similar to those found on the company’s MacBook chargers.

Will I need an iPhone 6 or iPhone 6 Plus to use an Apple Watch?

No you won’t need Apple’s newest iPhones to get in on the action. Apple wants to get these things on as many wrists as possible so iPhone 5, iPhone 5C and iPhone 5S users will also enjoy Apple Watch compatibility.

Can I use the Apple watch with my Android phone

Unfortunately not. The iWatch is limited to use with Apple iPhone handsets. Android users must look towards devices like the recent crop of Android Wear smartwatches. The Moto 360, Samsung Gear Live, Sony SmartWatch 3 and LG G Watch R are also only compatible with Android phones. 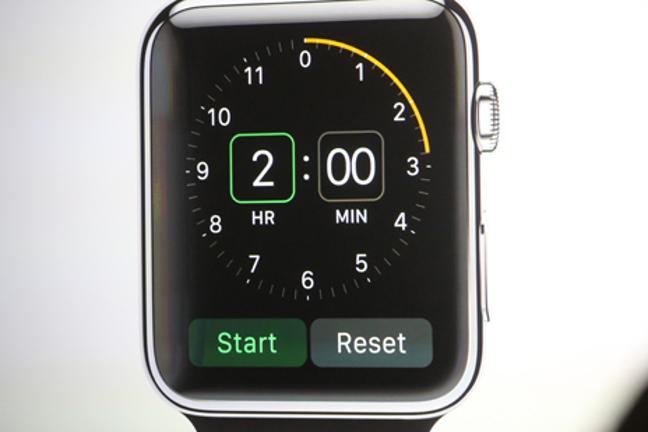 When can I buy an Apple Watch?

As rumoured before the launch event, the Apple Watch isn’t for sale just yet. The wearable computer will not go on sale until early 2015, with Apple refusing to commit beyond that rough timescale.

The company could choose to go for a staggered roll-out, meaning Brits may have to wait longer than our American counterparts to get our hands on a model.

How much will an Apple Watch cost?

UK pricing is yet to be revealed, but in the United States, the device will start at $349. That translates into about £216, but we’d expect it to be priced from £299 in the UK. That would be much more expensive than many of the other options on the market – the Moto 360, for example, costs £199.

That base price point is also for the very cheapest model. The Edition version, which is made from 18-carat gold, will be more expensive, while the strap options may also add to the price.

Should I buy an Apple Watch?

The first generation of products are always a work in progress, but Apple has been attempting to perfect the Watch for some years. However, as impressive and fashionable as their devices may seem, smartwatch makers have yet to fully convince us of the need to own one, considering so much of the information is available almost as quickly on our omnipresent smartphones.

Tech obsessives are liable to jump on board, while others will adopt a more reserved approach. The high price point will also make buying an Apple Watch a serious consideration.

Quotes of The Month

My ‘Eureka’ Moment In Computer Gaming